If conservation were a movie script… Watch Wednesday 24 November 2021 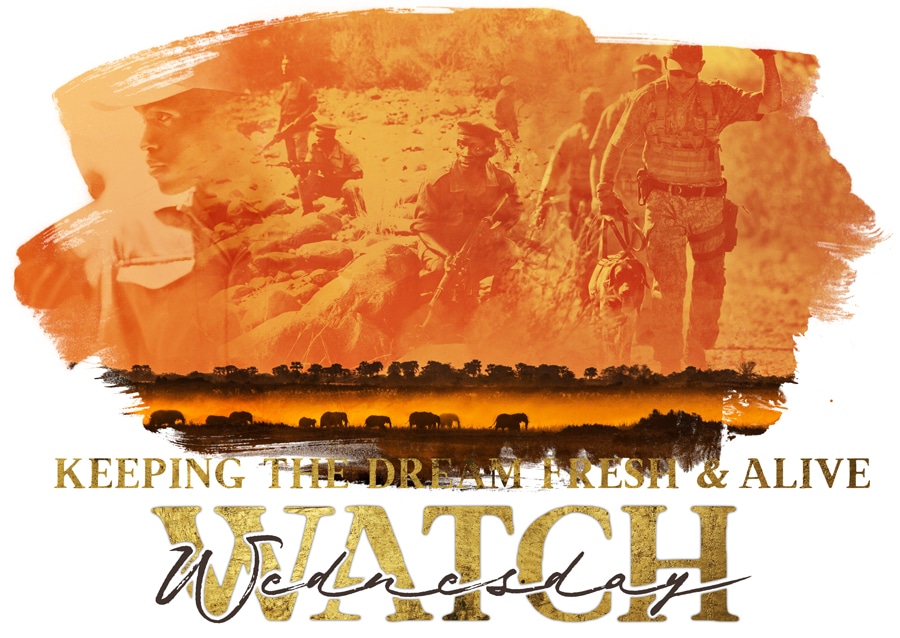 If I was writing a movie script today, it might start with a single ranger funded by Project Ranger, of course, in a wild part of some country like the Democratic Republic of Congo. The ranger would come across poached elephants, which kickstarted a chain of events leading to the capital, Kinshasa and culminating in the formation of the new Fusion Cell unit, a highly organised anti-poaching and wildlife intelligence hub.

Those rangers have direct access to military and ministerial channels and, while some monitor social media chats, others phone fellow undercover rangers. The information gathered starts to point to a ring of bad guys, traders, smugglers – people who have only one ambition: to get rich quickly off the innocent, in this case, wildlife like elephants, rhinos and pangolins. These are the ‘big three’ in terms of African wildlife contraband now, all highly sought after in the East.

But our story goes West, not East, and hundreds of phone calls are made all the way up the chain, ending in Seattle. The sellers offer some samples, the DNA is secretly tested, the buy set up, and suddenly there are flashing lights and guns and arrests that happen simultaneously in the USA and the DRC.

$3m worth of ivory comes to light, along with rhino horns and pangolin scales. But the real catch is the phones, records and computer hard drives that will keep churning out gems of information of a multinational organised crime ring. It is one of the most significant ‘busts’ in recent years, in decades.

The movie ends. But the last image says: This is a true story!

This month because of funding directed to Project Ranger from you, our valued supporters, we can make this all happen.

READ THE PRESS STATEMENT FROM THE UNITED STATES DEPARTMENT OF JUSTICE

The rangers, generals, ministers and governors shall all remain nameless. Still, it seems appropriate that as the USA celebrates Thanksgiving this week, we give them all our thanks and sincere gratitude. People on the front lines of conservation do it because they are being paid to do their jobs. Many are back in the field because we have been able to supplement cut-back salaries, but there is something else here. These rangers do it because it places them on the right side of morality. That side of history is where the future will judge us. Those confiscated tusks belong to elephants, mainly from the southern part of Africa – Botswana, Zimbabwe, Zambia – where whole families are being wiped out. Horns from rhinos who were originally moved halfway across a continent for their own safety. Scales from pangolins are found today, numbering in their thousands. These individuals cannot rally in front of the White House. They are the voiceless that the nameless have to defend. So, while our story has heroes, we must protect their identities too, but we can thank you today.

Today’s short Project Ranger video brings us closer to those who are the boots on the ground, and I know you will feel their passion.

Today, we at the Great Plains Foundation are increasing our funding of the Fusion Cell in the DRC and can only appeal to everyone who shares our commitment to rally behind this success and support more of Project Ranger’s work if you can. We are collaborating with Ami Vitale of Vital Impacts and other photographers, whereby proceeds from their photographic sales go to the Jane Goodall Foundation, Big Life, the Great Plains Foundation and others. Of course, Beverly’s Art for Conservation is still attracting support, the proceeds of which go to Project Ranger as well.

Now is a time to collaborate to get the heavy lifting done.

While there are hundreds of appeals coming at you at this time of the year, I fundamentally think that the success and worthiness of Project Ranger is one to drive home. This initiative supports local rangers and their families, which leads to the protection of local wildlife, further preserving biodiversity on our planet.

Project Ranger as that initiative covers so many of these aspects and goes a long way to satisfyingly completing that “movie”.