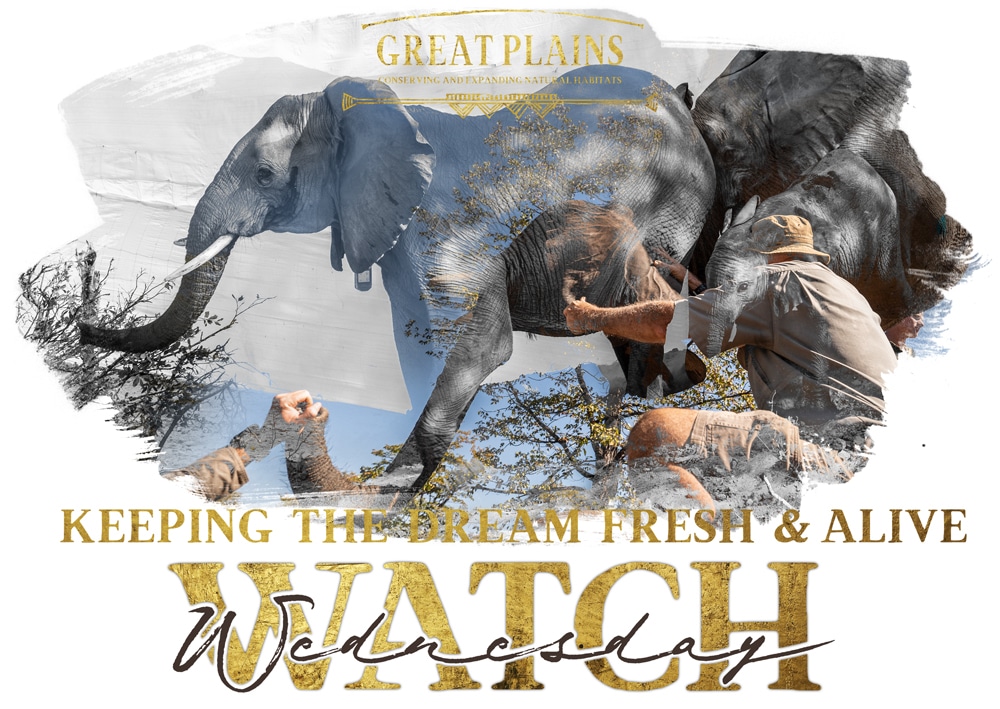 Last week was World Climate Week, where we saw the world coming together with a renewed focus on climate change. Less pollution, cleaner water and air, and lessening poverty and excess were all discussed issues. It’s hard to think of small things we can do to make a difference.

One of our biggest allies in that race is biodiversity, protecting it and increasing it. The reduction of elephants, for example, reduces the positive impact they have on the planet, and the erosion of wildlife numbers makes it worse for everyone.

So, when I was approached by the owners and managers of a large conservancy in the south of Zimbabwe a few months ago, the decision was easy. The Savé Valley Conservancy (SVC) and the Sango section of that area have been experiencing an overpopulation of wildlife.

Whether it is due to systematic climate change or not, only time will tell. Currently, 400 elephants have been identified as the minimum number to “remove” to ensure their survival and repopulation within their new relocated area.

As it happens, Great Plains has a concession along the Zambezi River, next to Mana Pools, with lower wildlife densities. Our private Sapi Reserve is the ideal recipient of these animals. So, we immediately leapt into action. Working closely with Sango and SVC, as well as the Zimbabwe government and under our new Project Rewild Zambezi banner, we have started one of the most ambitious projects we have undertaken in over 40 years of our conservation lives.

We are moving 400 elephants and an additional 2,500 other animals. When animals reach a peak in population numbers, they decline rapidly. Project Rewild Zambezi started in July, and by the end of August, Project Rewild Zambezi had moved 101 elephants, including nearly 200 other animals. This weekend’s Sunday Times article in the United Kingdom describes it very eloquently. 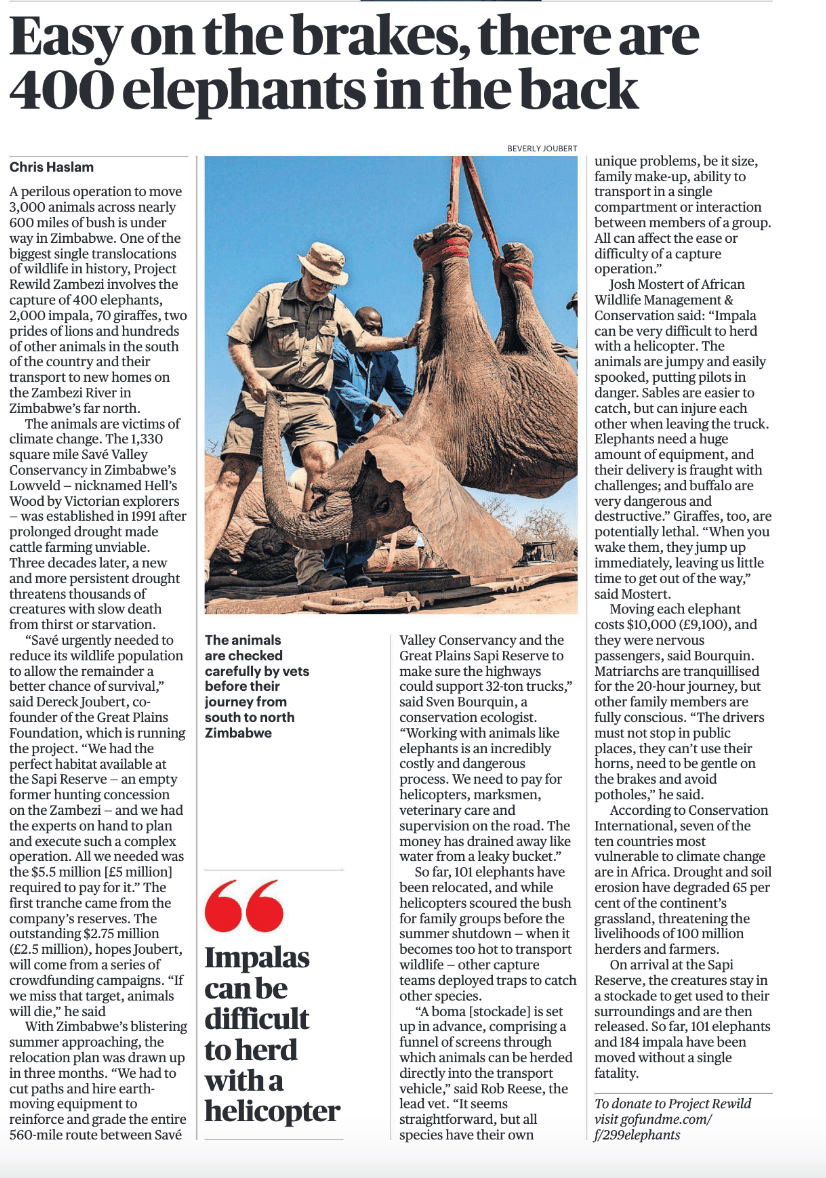 This note is to those who follow our work, and our trade partners, because this is not designed to be a Great Plains Foundation project alone. Project Rewild Zambezi is a way for everyone to play a role, assist, and via this project, boost biodiversity so the impact of global climate change is reduced.

The link here is a gateway to help us make that change.